ScienceCapmus visiting professor Jean-Marc Moura, will give a talk in the lecture series on migrant literautres and their relations to postcoloniality and globality. 2 May, 18:15, in H19 (UR Sammelgebäude)

Francophone literatures are particularly interesting when we consider the globalization of cultures. They are written by migrants or by authors who circulate between different cultures. Migration is one of their favorite themes. Ultimately, they can be considered as transnational literatures that are well suited to the global networks in which many writers currently evolve.

I shall examine the new perspectives on francophone literatures in the field of literary history. This will be followed by an exploration of the postcolonial “frictions” that characterize them. Finally, I’ll try to explain why these literatures (in particular the novels) seem particularly suited to evoke the cultural “frictions” produced by globalization.

Jean-Marc Moura is Director of the Department of Contemporary Literature at the University of Paris Nanterre. As an expert on comparative literature and postcolonial theory, his research and publications have contributed to innovations in literary studies, demonstrating the important role the field can play in area studies. He has offered significant critical insights into the notion of transatlantic literary studies, both as a scholar and novelist. For more on his publications, awards and achievements, follow this link. In Regensburg, he will also teach a block seminar: Esthétique des littératures francophones. De l’exotisme au postcolonial dans les littératures de langue française. 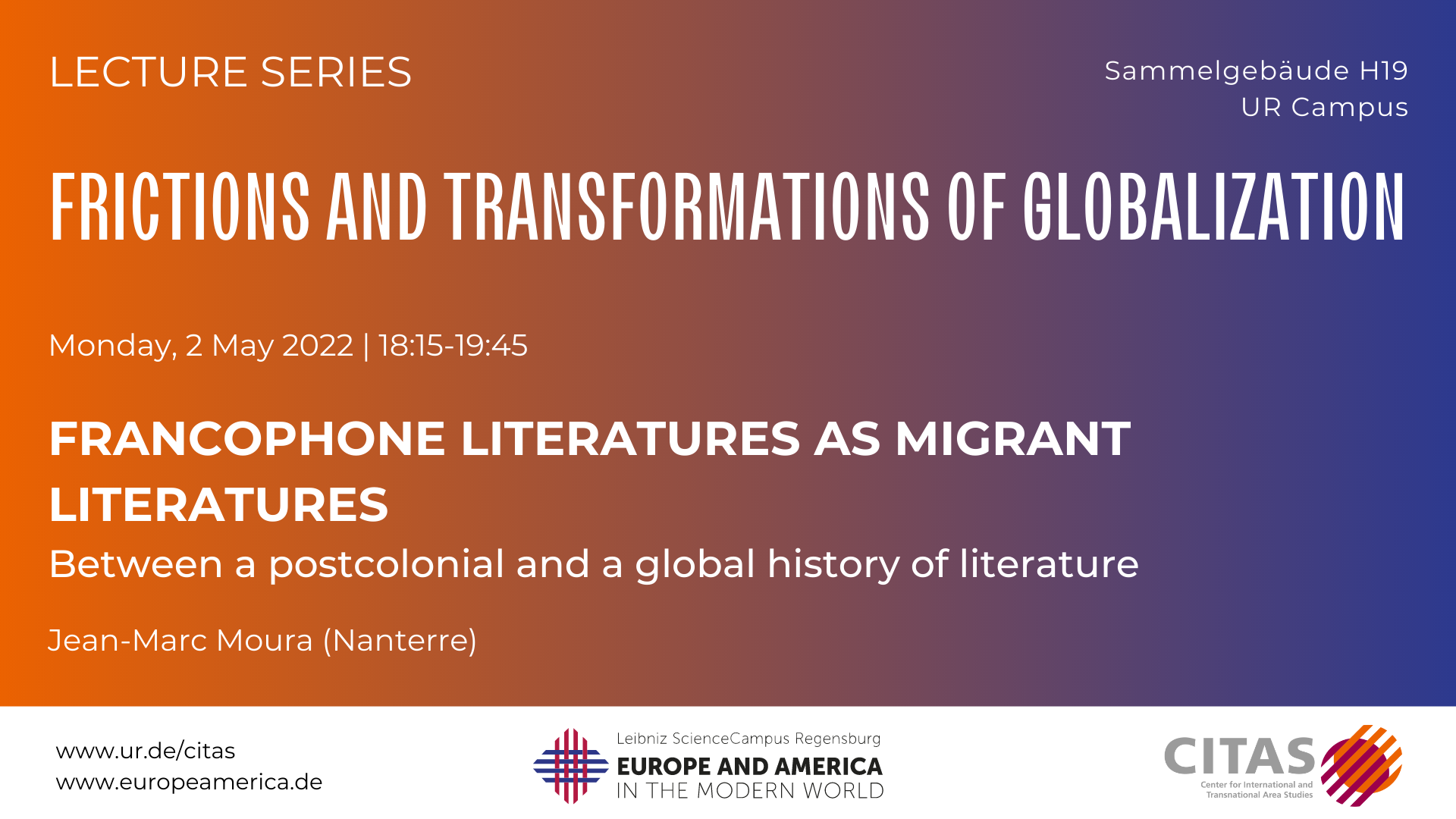