Francisco J. Verdes-Montenegro (Universidad Complutense, Madrid) will give a presentation on "The (Re)Militarization of Latin American Politics: Origin and Consequences" as part of the CITAS Brown Bag Sessions.

Given the renewed prominence that the military factor has acquired in Latin America after the crises in Chile, Ecuador and Venezuela, or Bolsonaro’s victory in Brazil, it is worth digging deeper into a “remilitarization” process in the region, after the wave of military dictatorships that took various countries by storm in the second half of the 20th century. The international and regional circumstances are not the same as then, so it is necessary to understand how we got to this point and what implications this has for Latin American democracies.

This presentation, based on a recent work published by the Carolina Foundation, therefore analyzes from a socio-historical perspective both the origins and consequences of what has been characterized as (re)militarization. First, this talk classifies what is understood as remilitarization and how it fits into the conceptual debates around the notion of security that have taken place in the last few decades. Secondly, it aims to understand the origins of the concept and process, as well as its effects, by reviewing different cases that have been observed in the region. 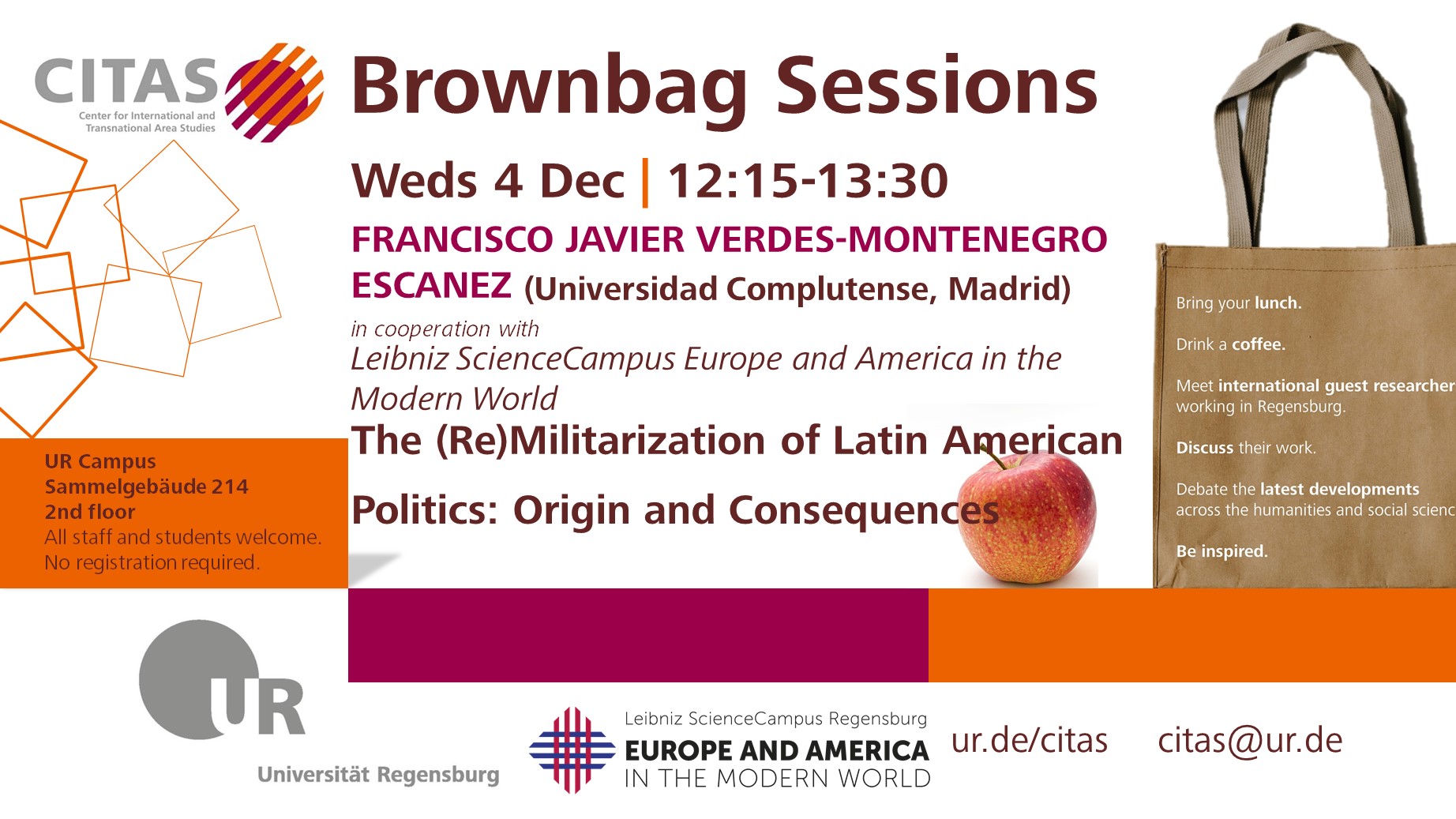