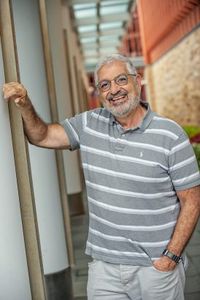 Ronald Suny is the William H. Sewell Jr. Distinguished University Professor of History and Professor of Political Science at the University of Michigan, Ann Arbor. His research has centered on the non-Russian nationalities of the Russian Empire and the Soviet Union, particularly those of the South Caucasus (Armenia, Azerbaijan, and Georgia). His aim has been to consider the history of imperial Russia and the USSR without leaving out the non-Russian half of the population, to see how multi-nationality, processes of imperialism and nation-making shaped the state and society of that vast country. This in turn has led to work on the nature of empires and nations, studies in the historiography and methodology of studying social and cultural history, and a commitment to bridging the traditional concerns of historians and the methods and models of other social scientists. In Regensburg he will continue researching and writing a monograph, Forging the Nation: The Making and Faking of Nationalisms.

Ronald Suny will be part of the session “Meet the Partner: Ann Arbor” on Thursday 5 May, at 16:15. With three scholars from Ann Arbor currently in Regensburg, Prof. Suny and his colleagues will be happy to engage in discussion on how research and teaching works in Ann Arbor, what approaches there are to Area Studies and other fields, as well as offering advice to anyone who would like to visit the University of Michigan as a ScienceCampus fellow or through other formats. On 9 May, at 18:15, he will give a talk in H19 in the Sammelgebäude at UR, as part of the ScienceCampus and CITAS Lecture series: “Forging the Nation: The Making and Faking of Nationalisms in Our Own Times”.