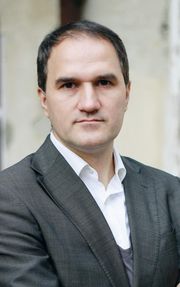 Constantin Iordachi is Professor of History at the Central European University in Budapest (and Vienna). He has a broad range of expertise within CEU and the broader academic field of transnational and East European history. At CEU, he is co-director of Pasts Inc, a significant platform for the development of early career researchers. His publications have made significant contributions to studies on public history, fascism and communism in East Central Europe, which he analyses through comparative and transregional perspectives. He has also worked on environmental history, the focus of his talk in Regensburg. For more on his publications, awards and achievements, follow this link.

On 27 April he will give a talk titled ‘The Danube-Black Sea Canal: A Communist Experiment in Infrastructural Modernization, 1949-1984’.