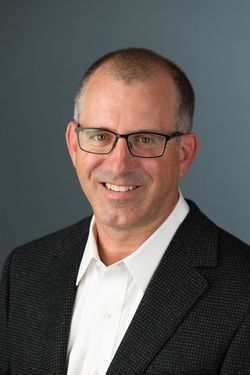 Ben Chappell is Professor of American Studies at the University of Kansas, where he teaches in areas of identity, ethnography, cultural studies and critical theory. He is an ethnographer of Mexican America, trained in the tradition of Américo Paredes and specializing in the politics and aesthetics of vernacular cultural forms. In this work he has published books on lowrider custom car style and community-based softball as modern Mexican American traditions. In 2021 he shared the honor with other presenters at the inaugural International Lowrider Studies conference of being named “Lowrider Scholar-Activist of the Year.” He founded the Ethnography Caucus of the American Studies Association and has served leadership roles in the Mid-America American Studies Association and the Society for the Anthropology of North America. He taught courses in Regensburg as a guest of American Studies in 2015 and as a Fulbright visiting professor in 2018. During his time at Regensburg, he will collaborate closely with the ScienceCampus’ Regensburg European-American Forum (REAF) and the American Studies department.

His most recent book  is Mexican American Fastpitch: Identity at Play in Vernacular Sport (Stanford UP, 2021), while he has also published the book Lowrider Space: Aesthetics and Politics of Mexican American Custom Cars (University of Texas Press, 2012) as well as numerous articles on popular sport, aesthetics and other aspects of Mexican American culture where he has employed ethnographic approaches. In Regensburg, he will be developing a new project at the intersection of cultural studies and critical university studies that examines how certain contemporary sites, including high-tech industry, business management, and neoliberal market-based models of social organization, have produced powerful forms of epistemology that in turn come to bear on intellectual work in the academy. His study will consider, among other things, data collection, the use of algorithms and the transnational transfer of “the American model” of research management. His current turn to critical university studies originated in teaching about neoliberalism and his efforts to mentor graduate students entering a profession in seemingly perpetual crisis. This new research trajectory centers on an examination of knowledge ideologies, a subject first presented in a lecture in Regensburg entitled “Everything Can Be Counted/Nothing Can Be Known.” He will commence his first field research since the COVID pandemic this fall, examining the epistemology and socialization of university faculty members who move into positions in administration.

This new project will form the focus of his lecture in the ScienceCampus-CITAS lecture series on 13 June at 18:15 in H19. You are all warmly invited to attend his talk, “What is the "American Model"? Learning Management and Knowledge Ideologies in a “Moment of Danger” for Universities”. While in Regensburg, he will also lead a REAF Roundtable at 12:00 on 15 June which is aimed at master’s students and doctoral researchers. You are warmly invited to attend, or to extend the invitation to your students and graduate researchers.