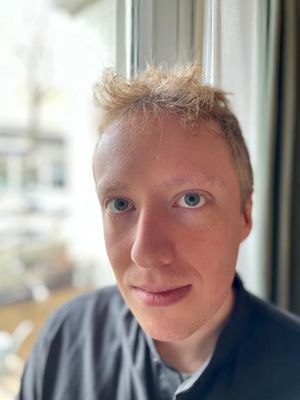 Jon Matlack is a doctoral researcher at the Leibniz ScienceCampus where he is working on his research project, "Maneuvering towards 'The West': U.S. Army-Bundeswehr joint War Games as Conduit for Western Identity Formation". The doctoral project endeavors to identify Cold War-era War Games as a hitherto under examined resource in assessing historical narratives concerning U.S.-German relations. Moreover, the project intends to explore the implications of 'performing‘ acts of war on civil-military relations, especially with regards to American relations with the German Democratic Republic.

Jon earned his Bachelor‘s degree at Syracuse University in 2015 with a triple major in History, International Relations, and German Language. During his studies in New York, he successfully presented his Bachelor‘s thesis on American-West German exchanges on nuclear weapons in the 1960s at the Undergraduate Conference on German Studies at Moravian College, earning Best Research Project. Afterwards he pursued and completed his Master‘s at the University of Regensburg in European-American Studies. During his master‘s studies he actively participated in Summer School courses offered by the Bundeswehr‘s Zentrum Informationsarbeit (ZInfoABw), as well as completing an internship as a researcher at the Zentrum für Militärgeschichte und Sozialwissenschaften der Bundeswehr (ZMSBw) in Potsdam.

Jon looks forward to contributing to the field of Military History from an academic perspective informed by a broadened understanding of area studies and transnational interpretations of history.