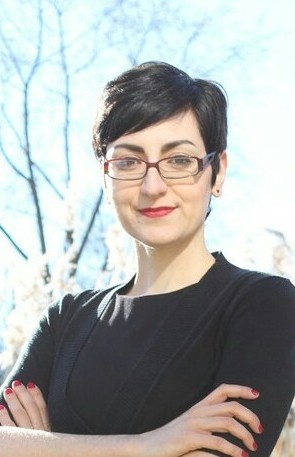 Project: Notions of Home in the Far Right “White Genocide” Narrative: A Multinational and Multilingual Approach to Contemporary Far Right Self-Representations in Europe and the Americas

Thalia holds a bachelor’s degree from Aristotle University, Thessaloniki, and a master’s degree in North and Latin American Studies from Friedrich-Alexander University Erlangen-Nuremberg. She has conducted research in the fields of human rights and in American Literature and Culture. During her studies she worked as an editor, a writing coach, and a teacher. She has a strong interest in comparative methodologies and discourses of power.

At the Leibniz ScienceCampus Regensburg, Thalia seeks to continue developing her interdisciplinary research on modern issues of political change and continuity. Her PhD project takes a critical angle on contemporary cultural texts and employs a comparative approach. Questions revolve around right-wing populist rhetoric in Europe and the Americas with a focus mostly on the USA and Germany. The purpose is to engage critically with narratives of homeland in populist political narratives and to analyze the use of storytelling methods as political action and counteraction. Key terms for this project are transatlantic studies, notions and narratives of homeland, White Supremacy, and populism.