The US Presidential Election in Ukrainian Eyes: Nepotism, Corruption and Celebrity Presidents

In cooperation with Evangelisches Bildungswerk Regensburg and the Leibniz ScienceCampus Europe and America in the Modern World, the Center for International and Transnational Area Studies has organized a panel discussion with Natalia Gumenyuk (Kyiv), Orysia Lutsevych (London) und Sergej Sumlenny (Kyiv), chaired by Cindy Wittke (Regensburg), to discuss Ukraine's role in the upcoming US presidential election. The event is part of the CITAS Dialog series.

Three established experts from journalism, non-governmental organizations (NGOs) and think tanks working in, from and on Ukraine will offer their perspectives on US-Ukrainian relations and their global significance. They will discuss the significance of Ukraine, and the broader East European region, for the upcoming US presidential elections. Strategically positioned between Russia and the EU, affected by armed conflict since 2014, Ukraine has been a focal point of international politics for years. Yet, the USA has refused strong involvement, not to mention leadership, in reaching a conflict settlement. Is this an indication that US foreign policy is turning its back on Ukraine, the region and maybe even Europe?

Beyond war and geopolitics, this seemingly peripheral country could become central to the election as both presidential candidates have been connected to corruption scandals relating to Ukraine. What visible and invisible ties connect the USA and Ukraine in terms business and other interests?

Moreover, the TV- and New Media-celebrity status of the current US and Ukrainian Presidents might be considered symptomatic of broader global trends relating to Populism and a rejection of so-called ‘traditional politics’ and ‘elites’. Ukraine’s domestic and foreign policy has been shaped by struggles with corrupted and kleptocratic elites, with external influence on elections and political decisions for more than two decades and has led to civic unrest several times. Could we speak of a ‘Ukrainization’ of politics in the USA?

The experts will discuss these contemporary ‘Eastern’ perspectives on the ‘West’ on the panel and will then engage in an open dialogue with the public audience.

Speakers:
Natalia Gumenyuk (Kyiv) is a Ukrainian journalist and author. She is the founder of the Public Interest Journalism Lab, which promotes constructive discussion around complex social topics. She was a co-founder, and from 2015 to 2020 she headed the independent Ukrainian broadcaster Hromadske TV and the English-language Hromadske International project. Gumenyuk specializes in reporting foreign affairs and conflicts. Her recent book, The Lost Island. Tales from Occupied Crimea (2020), features her six-year reporting from Russian-annexed Crimea

Orysia Lutsevych (London) is a research fellow and manager of the Ukraine Forum in the Russia and Eurasia Programme at Chatham House, the renowned Royal Institute of International Affairs. A graduate in international relations, she focuses on social change and the role of civil society in democratic transition in the post-Soviet region. She is an expert on Ukraine, having been executive director of the Open Ukraine Foundation, and on the broader region with expertise on Georgia, Russia and relations with the EU.

Sergej Sumlenny (Kyiv) has been head of the Heinrich Böll Foundation in Kyiv since 2015. Before that he worked as a business journalist and consultant, having been awarded a doctorate in political science with a focus on the significance of journalism. He has commented extensively in German and international forums on Ukraine and international politics.

Chair:
Cindy Wittke, Leibniz Institute for East and Southeast European Studies (IOS) and member of the Steering Committee of the Leibniz ScienceCampus “Europe and America in the Modern World” in Regensburg 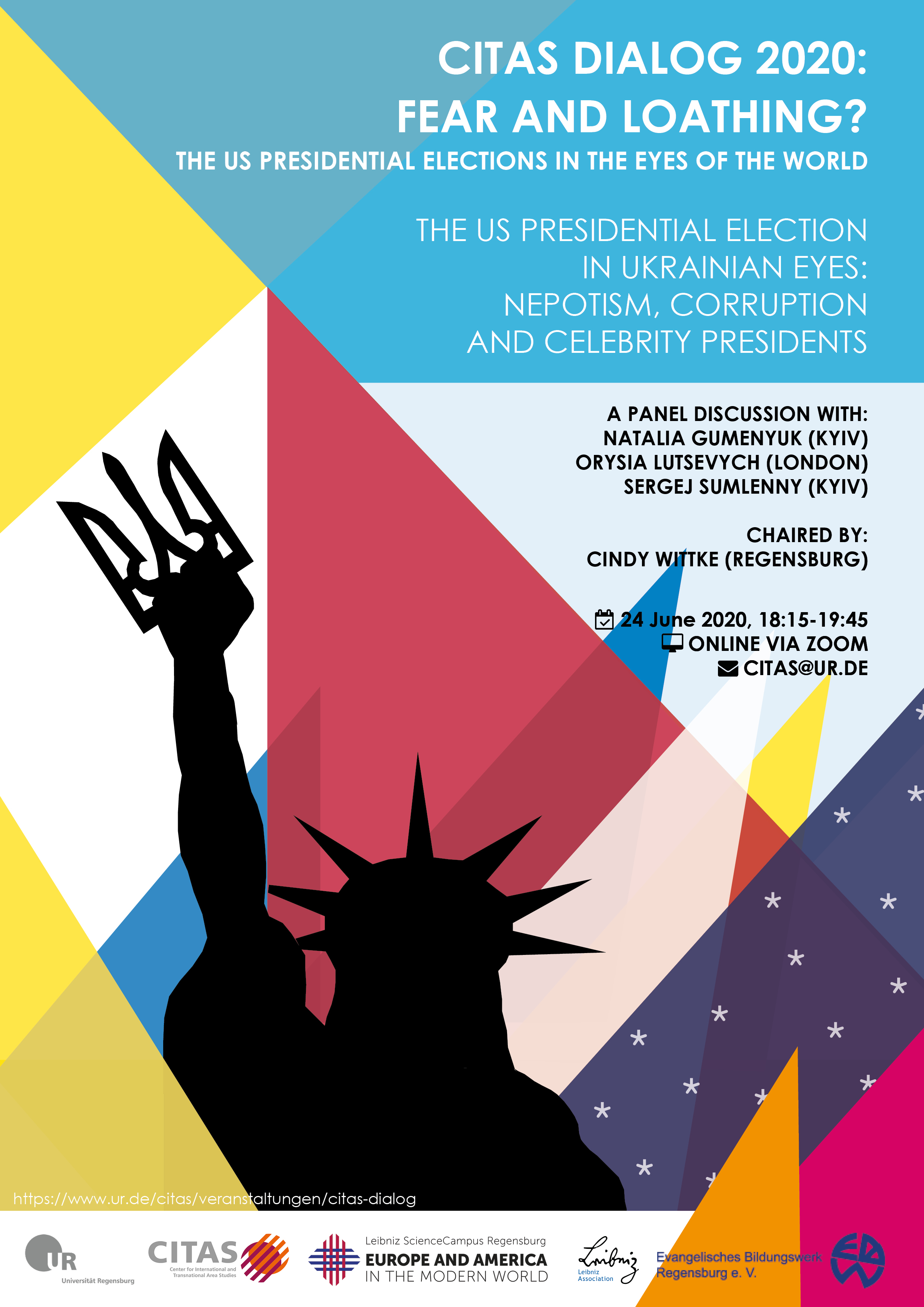