ScienceCampus visiting fellow Richard Butterwick-Pawlikowski will present his research on Poland-Lithuania in the Age of the Atlantic Revolution on 7 July at 14:15 in Room 017 at IOS/Graduate School (Altes Finanzamt) as part of the research colloquium.

From the 1760s to the 1790s, the upheavals of the Polish-Lithuanian Commonwealth were connected to revolutionary changes in ideas and power on both sides of the Atlantic. The Enlightenment revealed much in the Polish-Lithuanian world in need of renewal, but it also lit up potential for growth. Ideas generated abroad interacted fruitfully with home-grown intellectual traditions. The dilemma posed by the ancient Roman historian Sallust – ‘perilous liberty’ or ‘tranquil servitude’? – briefly seemed capable of resolution as ‘orderly freedom’, after the Four Years’ Sejm (parliament) of 1788-1792 had acclaimed the Constitution of May 3, 1791. However, the country’s neighbours – Russia, Prussia and Austria – destroyed this felicitous future by the second and third partitions in 1793 and 1795. The paper is framed by the figure of Tadeusz Kościuszko (1746-1817), hero of the War of American Independence and leader of the 1794 insurrection in Poland-Lithuania against Russian dominance, ‘the purest son of liberty’ (according to Thomas Jefferson), who personified the ‘Atlantic Revolution’ on both sides of the ocean.

Richard Butterwick-Pawlikowski is Professor of Polish-Lithuanian History and Head of Research at the School of Slavonic and East European Studies (SSEES) at University College London (UCL). He will be a visiting fellow at the ScienceCampus, based at IOS, throughout July 2022. He received his BA and MA from Cambridge, before gaining a PhD at Oxford and a habilitation degree from the Polish Academy of Sciences (PAN). He moved to UCL-SSEES from Belfast in 2005 and was made professor in 2013. He is a specialist in the history of the Polish-Lithuanian Commonwealth, with his most recent book The Polish-Lithuanian Commonwealth 1733-1795: Light and Flame, published by Yale University Press in 2020. 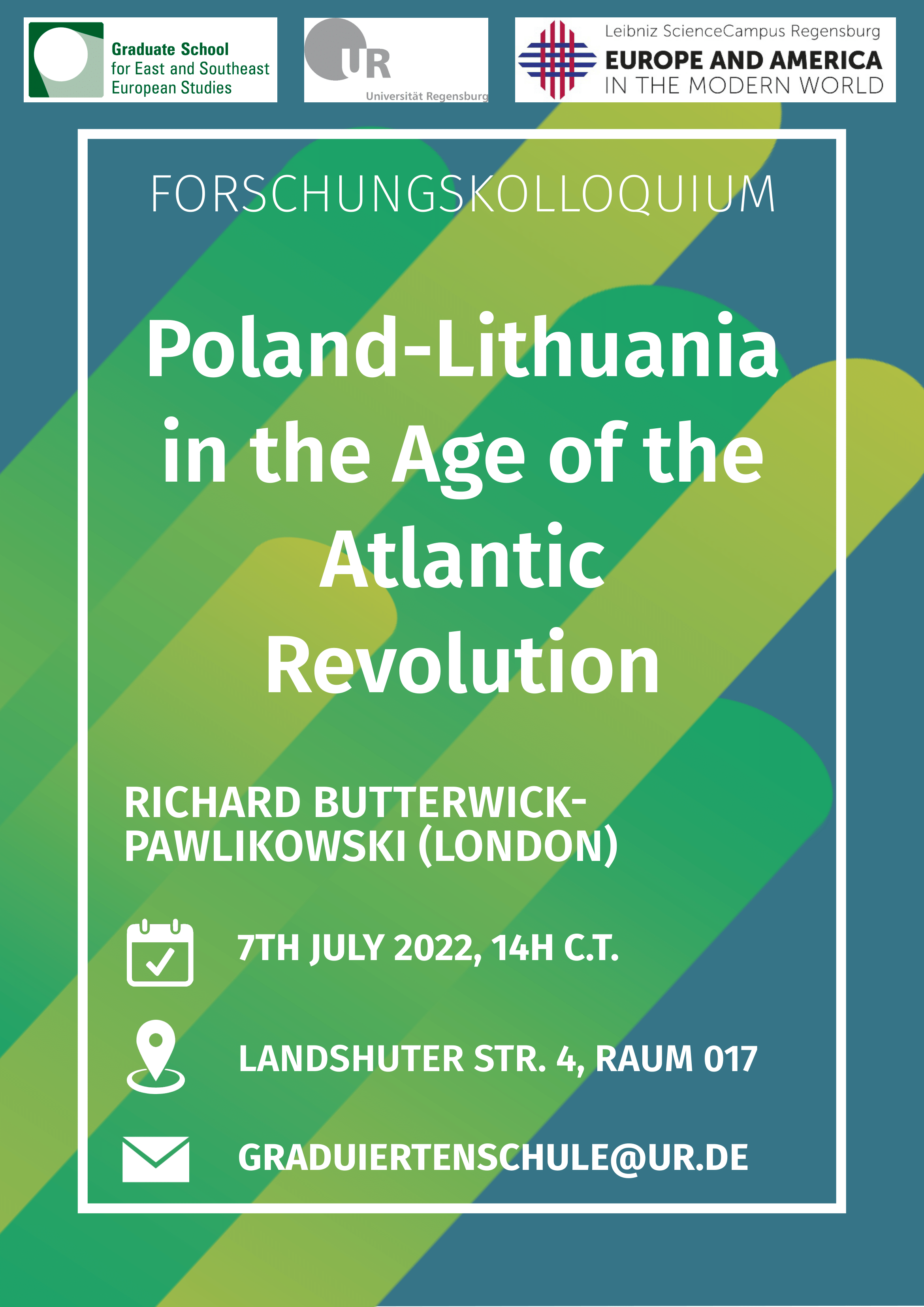