Research Colloquium: On the Shoulder of Giants - The Figure of the "Transatlantic Emigrant" in Historiography (Heléna Tóth)

In the final session of the Research Colloquium Heléna Tóth (University of Bamberg) will explore the "Figure of the 'Transatlantic Emigrant' in Historiography" (via Zoom).

23 July 2020. 16:15. Online, via Zoom. If you would like to attend the lecture through Zoom, please write to info@europeamerica.de to receive the link.

One way to look at the historiography of transatlantic migration in the USA is through a series of paradigm shifts. From the first comprehensive works in the 1920s to the end of the last century the key terms historians used to conceptualize and describe migration processes changed from assimilation to acculturation, uprootedness, transplantation, to multi-directional migration systems. Each of these shifts emerged at the intersection of American domestic politics, international relations, changing migration economies, and, equally importantly, the transformation of history as an academic discipline. Based on a rereading of the seminal works of Arthur M. Schlesinger, Oscar Handlin and John Bodnar, the paper argues that at the core of these changes was a further factor: a shift in the historical imagination of the figure of the transatlantic emigrant. A close reading of these works suggests that while the historiography of transatlantic migration was (and still is) in general characterized by a striving towards a more complex understanding of migration processes, its story can also be told as a series of shifting blindspots.

Heléna Tóth is Assistant Professor at the Chair of Modern and Contemporary History. Her research interests include migration history and the history of rituals in Central and Eastern Europe in the nineteenth and twentieth centuries. Her current book project, “Life and Death under Communism”, explores rituals in communist societies. She received a doctoral degree from Harvard University in 2008. Her first book An Exiled Generation: German and Hungarian Refugees of Revolution, 1848-1871 appeared with Cambridge University Press in 2014. 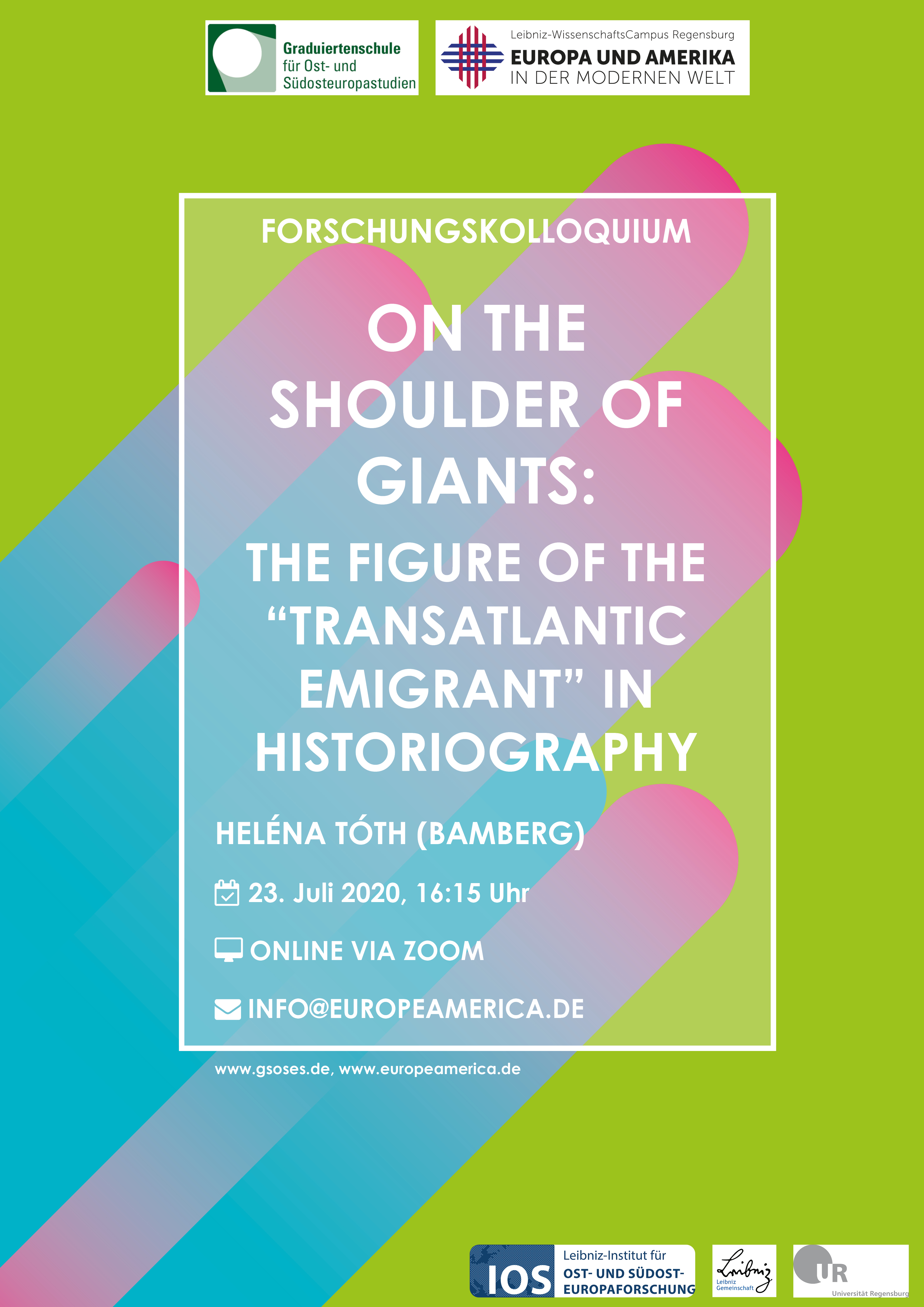