On 15 April 2021, at 16:15, we welcome Kathryn Ciancia to the research colloquium, which the ScienceCampus organizes in cooperation with the Graduate School for East and Southeast European Studies. Her Zoom lecture explores the idea of non-territorial citizenship, looking at the Polish consulate in Hardin, China, during WWII.

After the territory of Poland was divided between the Soviet Union and Nazi Germany in September 1939, a government-in-exile resumed the tasks of granting, removing, and revoking Polish citizenship in its consulates across the world. In this talk, I will reconstruct some of the cases filed by men and women at the Polish consulate in the historically Russian and Chinese city of Harbin, then under Japanese occupation, and trace the responses from local and central officials. By following the trajectories of both Jewish and Catholic applicants, the talk will explore how the criteria for citizenship intersected with ongoing questions of what it meant to be Polish, even in the absence of a territorial state.

Kathryn Ciancia is a historian of modern Eastern Europe and associate professor of history at the University of Wisconsin-Madison with a research focus on Poland in the first half of the twentieth century.

The full program for the summer semester 2021 can be found here. 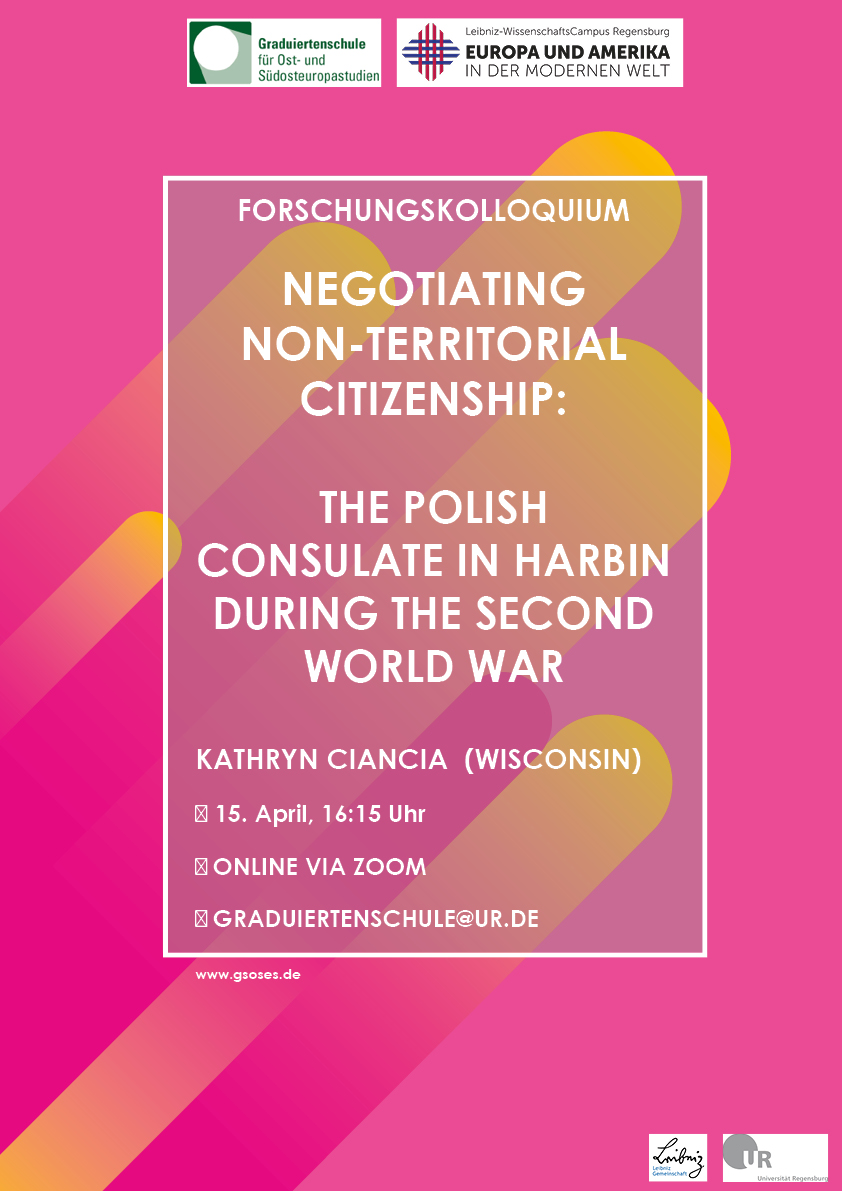