Lecture Series | What is the "American Model"? Learning Management and Knowledge Ideologies in a “Moment of Danger” for Universities (Ben Chappell)

ScienceCampus visiting fellow Ben Chappell (University of Kansas) will give a talk at the lecture series Frictions and Transformations of Globalization on 13 June 2022 at 18:15.

Universities in the United States are at a crossroads as forms and sources of knowledge untethered from traditional academic research increase in cultural power, even as the historicization and critical dissection of contemporary events could not be more urgent. The form of powerful knowledge par excellence in the neoliberal age could be called market veridiction, whereby truth is understood to be emergent in processes of financialized competition. Market logics increasingly direct the restructuring and operation of universities, as do the priorities and procedures of managerialism, which are ascendent as university administration consolidates as a profession of its own, rather than being a periodic task undertaken by scholars. The growing dominance of market logics and managerialism displace not only the practice of scholarship in a traditional mode, but also insurgent interdisciplines that aim to ground knowledge production in the material lives and cultural worlds of subjugated people. At issue is a clash of epistemologies, because the functions of a university—not only collecting, producing, and disseminating knowledge, but the processes by which certain intellectual activities are proposed, credentialed, funded, and prioritized—are all embedded in what Eli Thorkleson has termed “knowledge ideologies,” normative structures about what is known, knowable, or important to know. While knowledge ideologies are not uniform within institutions or an entire profession, their boundaries are not always distinct, but emergent in the ordinary tasks of managing an institution of learning, or learning the practices of management. This talk sketches a framework for ethnographic inquiry into the contested ground of knowledge ideologies in order to clarify the stakes of the current moment.

Ben Chappell is Associate Professor of American Studies at the University of Kansas, where he also collaborates with the Department of Anthropology, the Department of Women, Gender, and Sexuality Studies, as well as the Center for Latin American & Caribbean Studies. His most recent book is Mexican American Fastpitch: Identity at Play in Vernacular Sport (Stanford UP, 2021), while he has also published the book Lowrider Space: Aesthetics and Politics of Mexican American Custom Cars (University of Texas Press, 2012) as well as numerous articles on popular sport, aesthetics and other aspects of Mexican American culture where he has employed ethnographic approaches. He is in Regensburg as a ScienceCampus visiting fellow throughout June 2022. 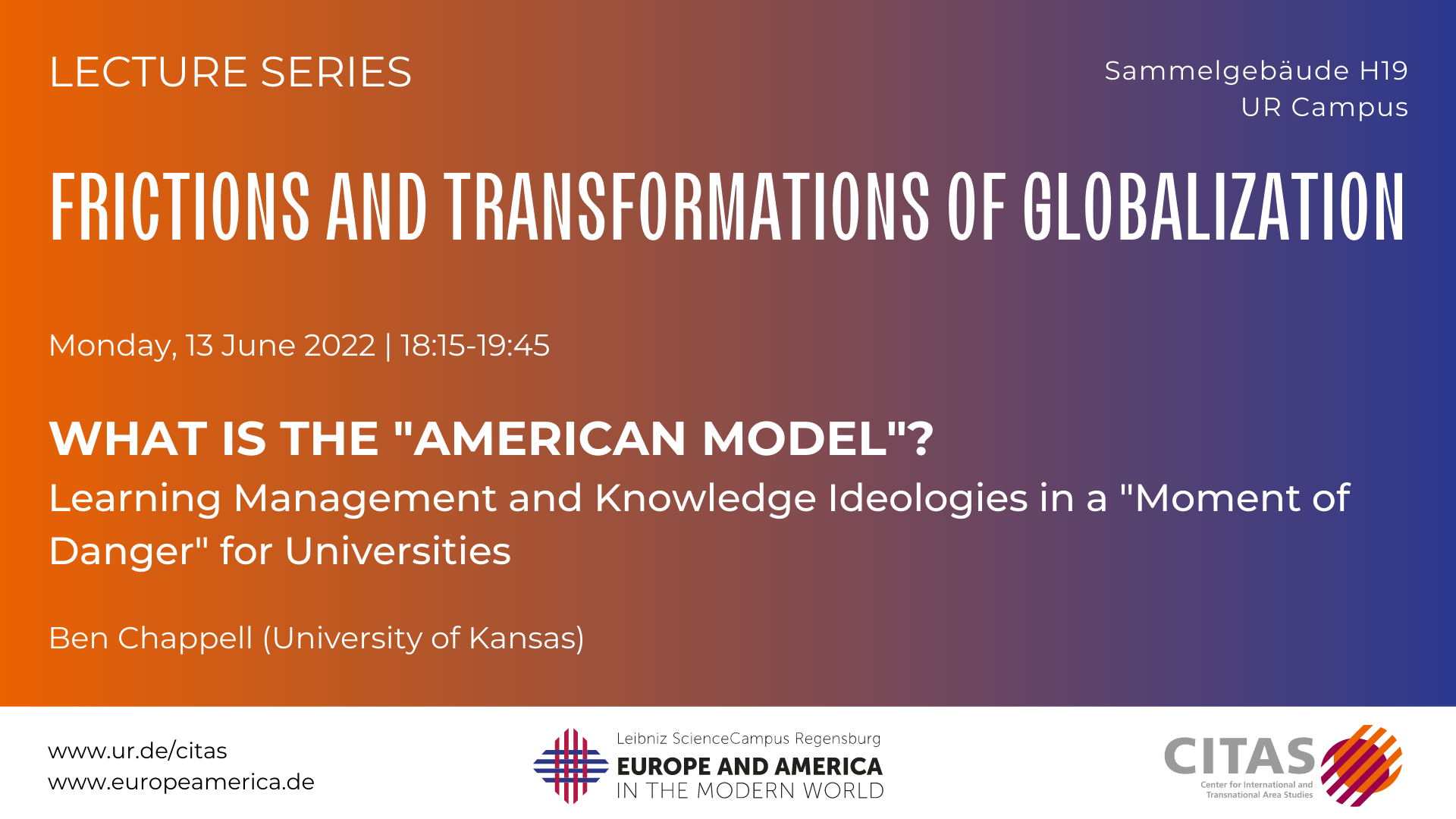