On 4 July, 18:15 in H19, Ger Duijzings (professor of social anthropology specializing in Southeastern Europe at UR) will discuss transnational waste chains and informal practices of collecting, recycling and incineration of waste in the context of "Europeanisation" and relations between apparent centres and peripheries of the continent.

This talk analyzes the contradictions between EU environmental policies, introduced in Southeastern Europe as part of EU accession and the process of 'Europeanisation', and the transnational waste trade which ships and disposes waste produced in the 'centre' to the 'periphery' -- from Germany and Italy to Romania and Albania, for example. Indeed, an almost universal aspect of waste disposal is that waste is always moved out of sight of those who produce it, putting the burden on the shoulders of marginalized communities, from the local to the transnational scale. A vast and lucrative global waste trade facilitates this, also within the EU, and this lecture will present examples of 'dirty dumping', analysing them from an interdisciplinary but primarily anthropological perspective, bringing into focus transnational waste chains and informal practices of collecting, recycling and incineration of waste, by groups that make a living out of this and in some cases live in informal settlements close to dumpsites.

Ger Duijzings is Professor of Social Anthropology, specializing in Southeast and Eastern Europe at the Institute of History in Regensburg. He is a principal investigator at the Graduate School for East and Southeast European Studies (GSOSES). His research focuses on urban studies, memory and violence, identity,  waste and environmental policy, religion and politics from an anthropological perspective. 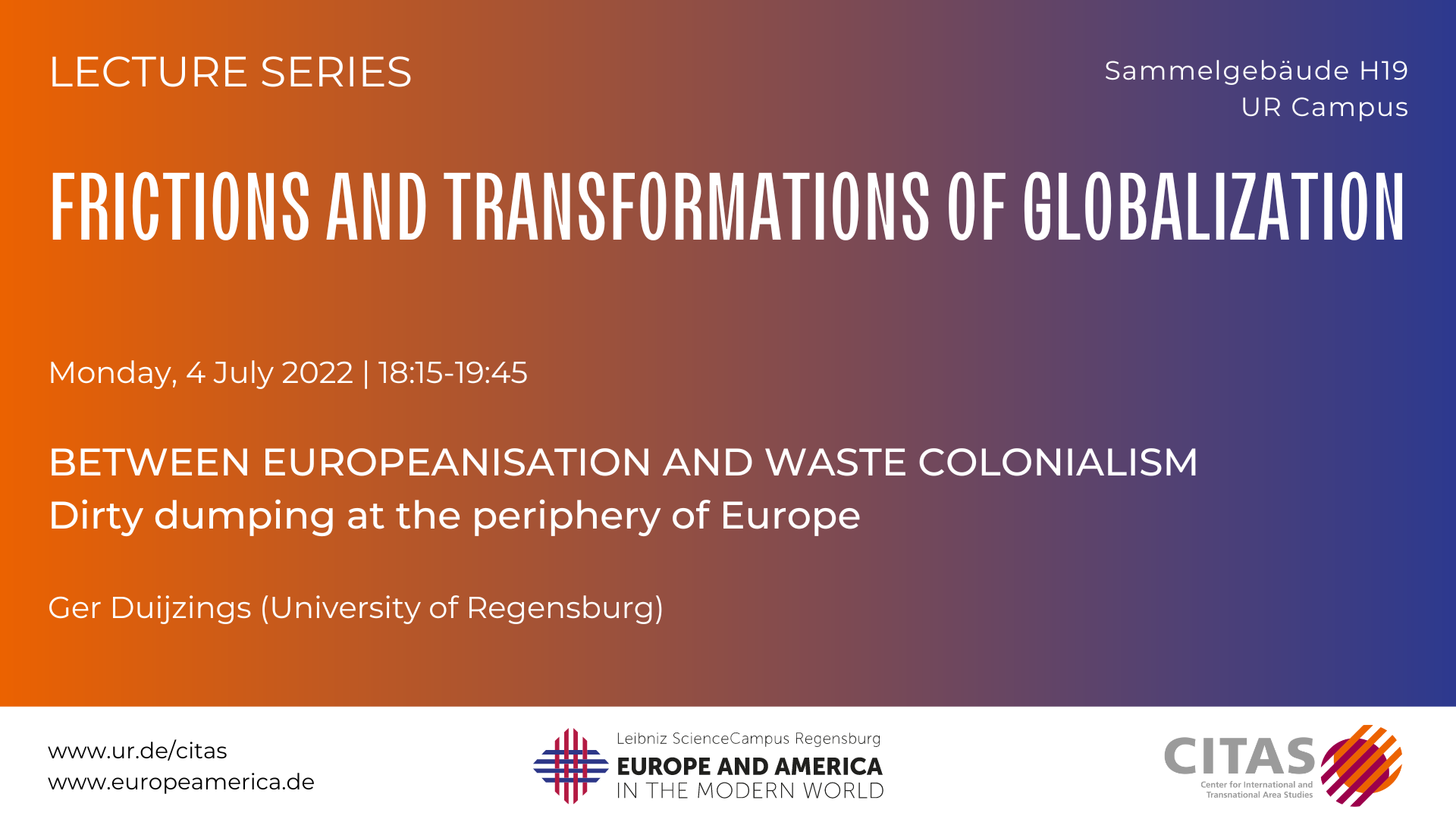