On 20 June at 18:15 Attila Melegh, sociologist and historian. Senior advisor at the Hungarian Central Statistical Office, associate professor at Corvinus University, Budapest, will discuss how historical sociology has contributed to the development of a "migration turn" in research, placing Eastern Europe in a global context. The talk also considers how migration has shaped domestic political and social discourses in the region.

This talk concentrates on the historical sociological analysis of a migration turn occurring between the 1980s and today. In this global historical analysis, the ultimate focus will be on Eastern Europe, but in a global and historical context in order to show what historical interactions have been evolving, what historical role has been taken by various actors in a process which we call migration turn. Migration turn on the one hand will mean that globally, and in many places locally, the intensity of emigration and that of immigration has increased substantially as a result of globalization and very importantly the further marketization of societies. On the other hand, migration turn means that migration as a discursive theme and category has been reconfigured and has gained new meanings, and previous population discourses have been recomposed in the concerned period. The population discourses have not only changed, but certain discursive blocks have been created and the debate on migration has become increasingly polarized. Thus, migration has not only become a key public and scientific issue, but it has become an engine of political change and it divides elites and public opinion throughout the world. In this multilayered and complex migration turn Eastern Europe has played an active role, which historical contribution deserves special attention. This talk ventures on this task via analyzing some key historical material and discursive processes.

Attila Melegh is a sociologist, economist and historian. He has taught in the United States, Russia, Georgia and Hungary. He is also an associate professor at Corvinus University, Budapest, senior researcher at the Demographic Research Institute. Beside the comparative-historical analysis of international migration and population discourses, he also does research on the role of global hierarchies in Eastern European transformations utilizing postcolonial criticism. He is the president of the European Network in Universal and Global History and he is a founder/director of Karl Polanyi Research Center for Global Social Studies at Corvinus University. 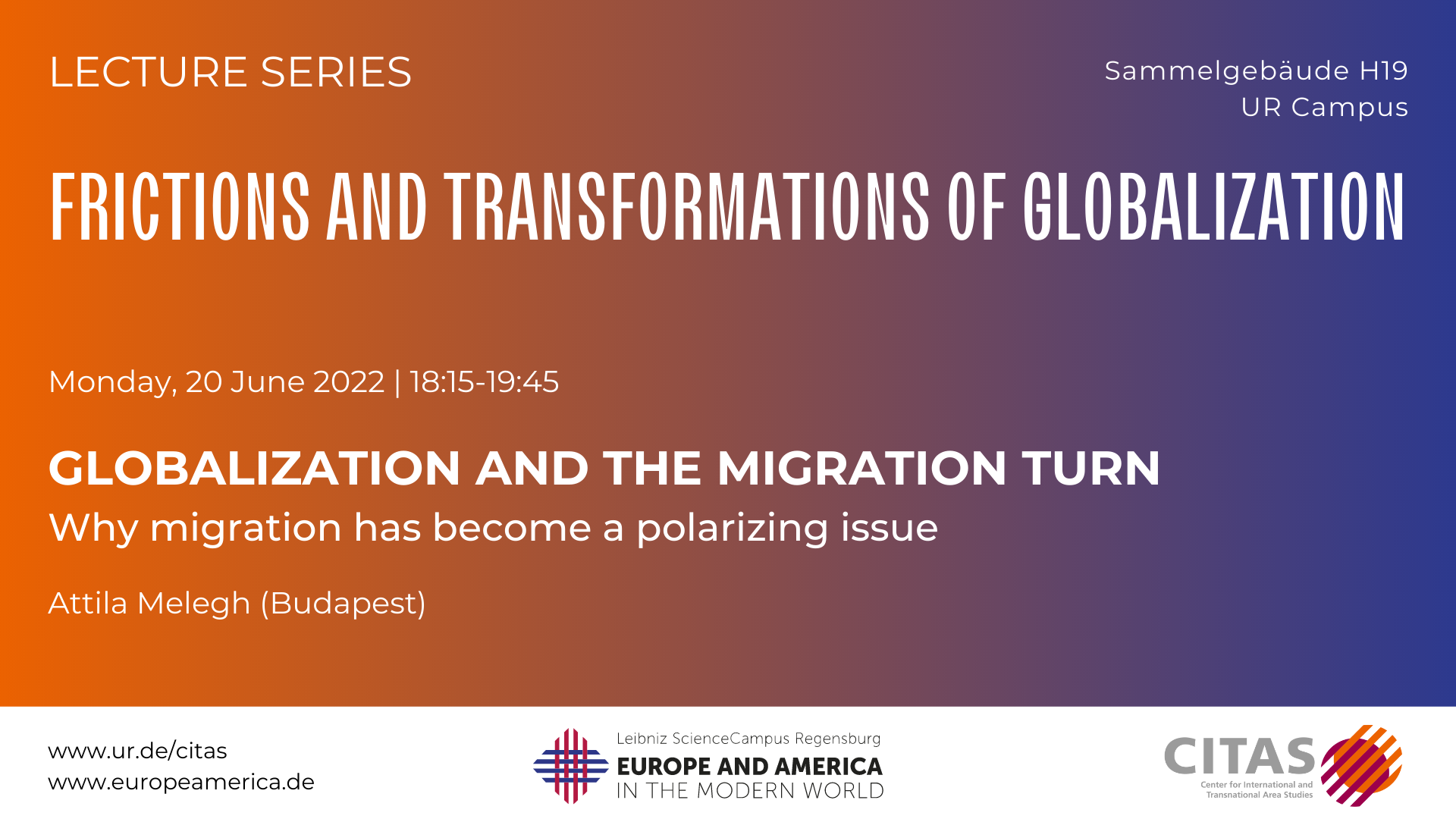