Institutional history and historical sociology of the Cold War frequently associate the planned ecoomy with the Soviet political regime. In fact, the core Soviet vocabulary, composed in the early 1920s and rebuilt in the late 1950s, explicitly referred to planning and science. An even more intriguing part of the story consists in the fact that ideas of scientific planning, rational government and creating a new man, were also part of the projects of the new Europe following the end of the World War II and thoroughly assisted by the US administration and private foundations. The reconstruction of Europe which started with the Marshall Plan in the late 1940s and made several impressive advancements in the 1950s, including productivity missions serving as a testing ground for new tools of expert-based public management. These specific forms of assisted public management resulted in national programs of sustainable growth, such as the French five-year Plan de modernisation et d’équipement. In the 1960s, the European planning managers established contacts with socialist countries, within the framework of supranational organizations such as UNESCO, as well bilateral conventions. This period is marked by a global concern for institutionally assured free time and leisure, which rose on the both sides of the Iron Curtain. I examine the variety of expert-based ways to implement humans to work and to manage their leisure, in two formally opposed political universes.

Alexander Bikbov is a sociologist and public intellectual. He is currently an invited professor at École des Hautes Études en sciences sociales, Paris, and a former lecturer at Moscow State University. He is the research coordinator on a special project on protests, an organiser and participant of public initiatives on critical analysis of Russian and international reforms of the public sphere. He is the author of publications on protest movements, the perception of inequalities, the sociology of knowledge, and historical sociology of concepts.

The research colloquium is organized in cooperation with the Graduate School for East and Southeast European Studies (GS OSESUR). 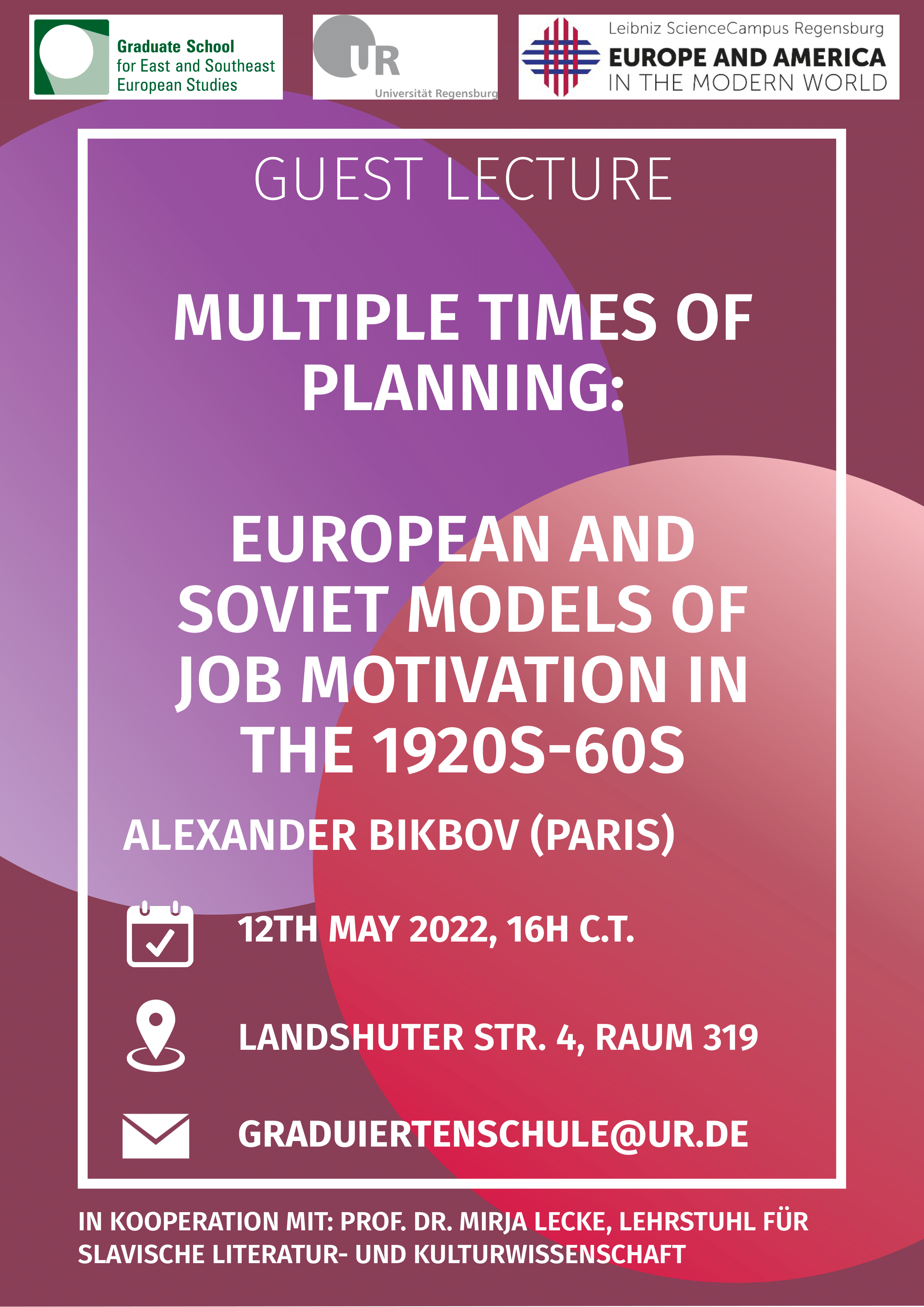