Imagining the Political Space of India Globally | A Conversation with Professor Nilanjana Mukherjee, University of Delhi

Join Professor Mukherjee in conversation with Guido Hausmann and Borbala Zsuzsanna Török as they discuss colonial imaginaries, cartography, concepts of the Global North and Global South and their significance for area studies. 27.09.2022, 14:00 at CITAS (SG.214).

This informal meeting will give students, researchers and faculty members in Regensburg an opportunity to meet Prof. Mukherjee. She is in Regensburg as part of the workshop State Descriptions Revisited: Historical Forms of Territorial Representations, 18th - 21st Centuries, organized by Guido, organized by Guido Hausmann and Borbala Zsuzsanna Török. They will chair a discussion and Q&A with Prof. Mukherjee, discussing her work on spatial imaginaries of colonialism, as well as the broader theses of historical representations of states and her perspective on the controversial but widely used division between the Global South and the Global North. This is a key issue likewise for Eastern European Studies, a field that addresses the fluidity of regional identities and boundaries.

Professor Nilanjana Mukherjee teaches English Literature at Shaheed Bhagat Singh College, University of Delhi. She received her Ph.D. in 2011 from the Jawaharlal Nehru University, New Delhi. She is the author of the book, Spatial Imaginings in the Age of ColonialCartographic Reason: Maps, Landscapes, Travelogues in Britain and India(Routledge: 2020). She has also co-edited the volume, Mapping India:Transitions and Transformations 18th - 19th Centuries (Routledge: 2019). At present, she is working on two projects: first, a creative biography of her grandfather, Ardhendu Prasad Banerji, a Bengal School Artist at the time of the nationalist movement in Bengal; and second, a study of the Indian Desert as a spatial imaginary in its evolution as a frontier zone in North-West India. 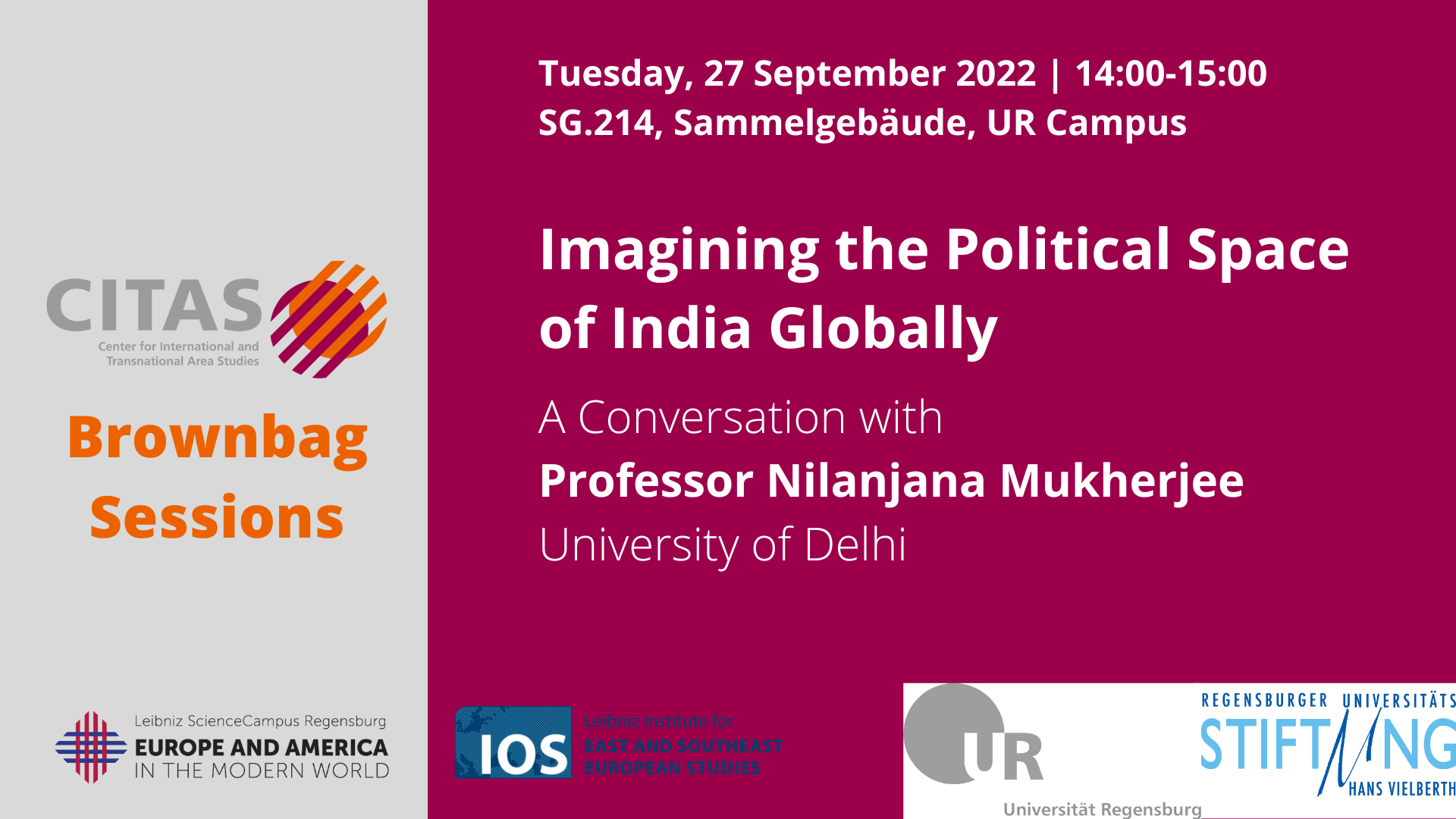