ScienceCampus doctoral researcher Jon Matlack will be giving a talk as part of the Research Colloquium of the Chair of Southeast and East European History on 1 December, 14:15 at IOS (Room 319).

Fighting for the 'West', dying for the 'West'; but to what end? If the dictum that war is merely the continuation of politics by others means should hold any merit, then so too must wars of the imagination reflect a similiar paradigm. Focusing on the decades of the 1950s and 1960s, this presentation contends with imagined war scenarios played out in military training of the Bundeswehr and U.S. Army, as both organisation strove to prepare for a Third World War. Through exercising competing visions of a war that might have been, soldiers of both armies were made 'western' on their imaginary (training) battlefields. 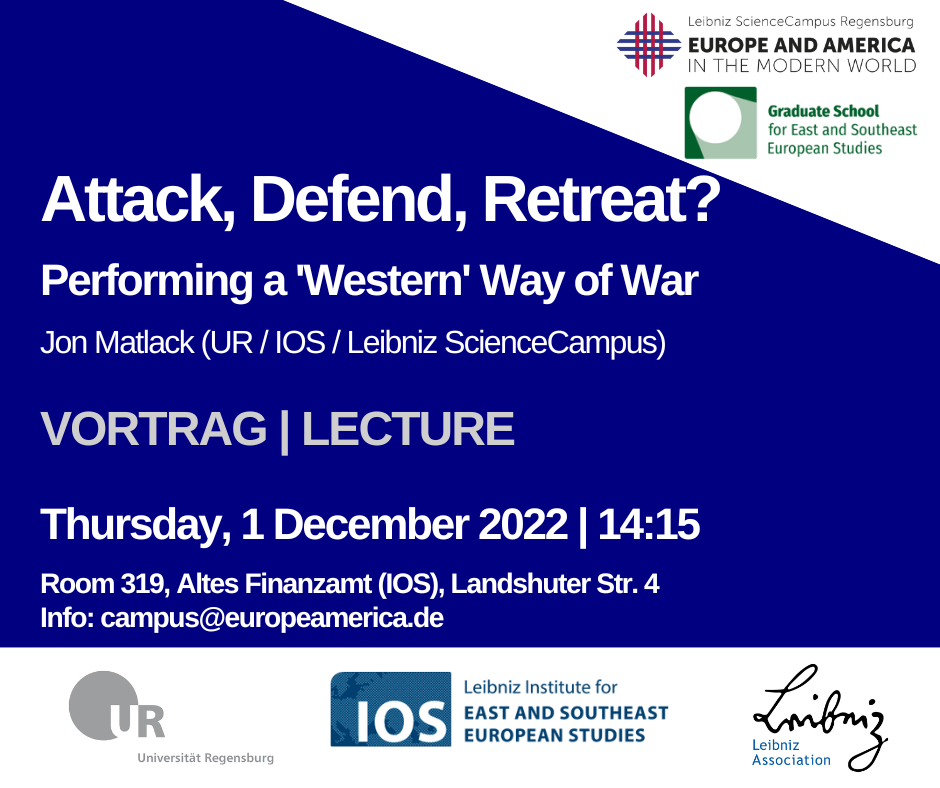