Our partners at the Regensburg European-American Forum (REAF), are organizing a meet & greet session with Vjeran Pavlakovic in collaboration with the ScienceCampus The event will give colleagues an opportunity to learn more about his research and engage in informal exchanges. He will also be presenting his research at IOS on 16 November at 16:00. He is currently a visiting researcher at IOS collaborating with the new seeFField project.

Vjeran Pavlaković is an associate professor at the Department of Cultural Studies at the University of Rijeka, Croatia. He received his Ph.D. in History in 2005 from the University of Washington, and has published  articles on cultural memory, transitional justice in the former Yugoslavia, and the Spanish Civil War. He is a co-editor of the volume Framing the Nation and Collective Identity in Croatia (Routledge, 2019), which was  recently re-issued in Croatian version. He was the lead researcher on the Memoryscapes project as part of Rijeka’s European Capital of Culture in 2020 and a co-founder of the Cres Summer School on Transitional  Justice and Memory Politics, as well as a researcher on the Rijeka/Fiume in Flux project. Current research includes the transnational muralization of conflict and a history of Dalmatian immigrants in the American  Southwest. 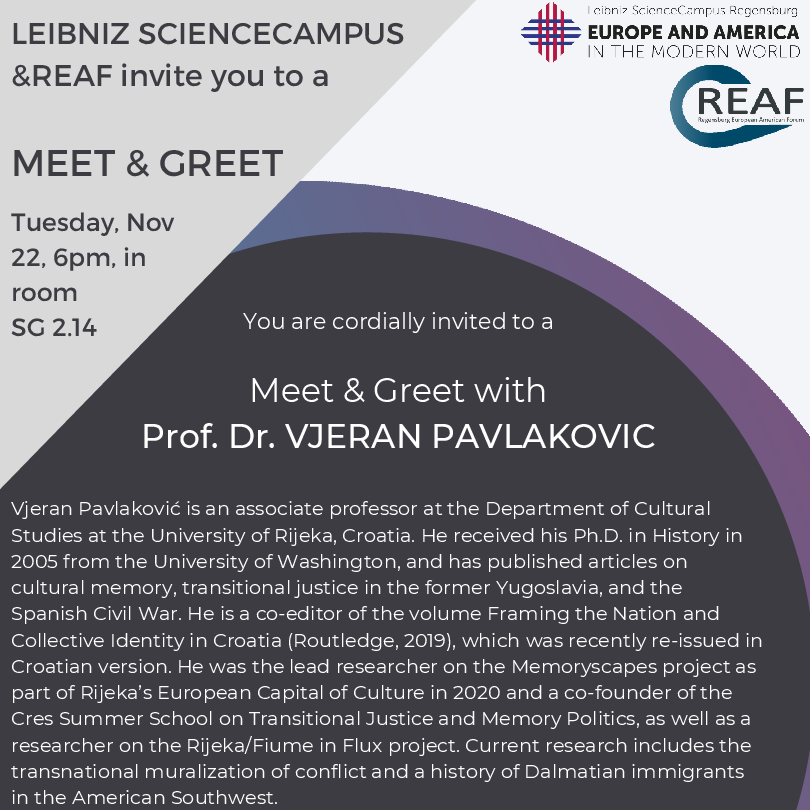