On 11 July, 18:15 in H19 at UR, Prof. Dr. Hartmut Lehmann will give a talk on Globalization, Inequality, and the Labor Market, 1970 to 2010. His focus will be on rising income equalities, drawing on the cases of the US and the UK, two countries where labor markets are considered particularly flexible and where government interference in labor market issues is less prominent than in continental European countries. Prof. Dr. Hartmut Lehmann is Academic Vice-Director of the Leibniz Institute for East and Southeast European Studies (IOS) where he is Head of the Economics Department.

The last four decades have seen a spectacular rise in income inequality in the advanced capitalist countries. We document this rise in some detail for the United States and the United Kingdom, the two countries where labor markets are considered particularly flexible and where government interference in labor market issues is less prominent than in continental European countries whose income trends are also pointing to more inequality in the last 20 years. We also demonstrate that it is labor income that drives the rise in income inequality while capital income plays a very minor role on both sides of the Atlantic; hence the bulk of the lecture looks at the trends of labor income over the last four decades and the factors driving these trends. In the framework of the educated labor market (we model labor with high skills relative to labor with low skills) we make the case that the growth in the demand for educated labor has outpaced the growth of the supply of educated labor resulting in a rise of the relative wage of educated workers and thus in wage inequality. That the relative returns to high skills have substantially increased in the nineties and in the 2000s is undisputed, what is controversial is whether globalization in the form of foreign trade between developed and less developed countries and offshoring, technological progress or labor market institutions are the main drivers of this shooting up of returns to high skills. We look at all three potential drivers and find some influence of all three albeit their relative importance depends on the decade that we look at. We conclude the lecture with an important aside about employment and wage polarization and the reasons behind these phenomena in the United States.

Prof. Dr. Hartmut Lehmann is Academic Vice-Director of the Leibniz Institute for East and Southeast European Studies (IOS) where he is Head of the Economics Department. He is also Professor of Economics at the University of Regensburg and Alma Mater Honorary Professor of Economics at the University of Bologna. The focus of his research is on developments in the labor markets of transition countries, specifically Poland, Russia, and Ukraine. The topics of his research include the costs of job losses due to the restructuring of these economies, the evaluation of labor market policies, the development of informal employment in the post-Soviet space, and effects of preferences and personality traits on the labor market. 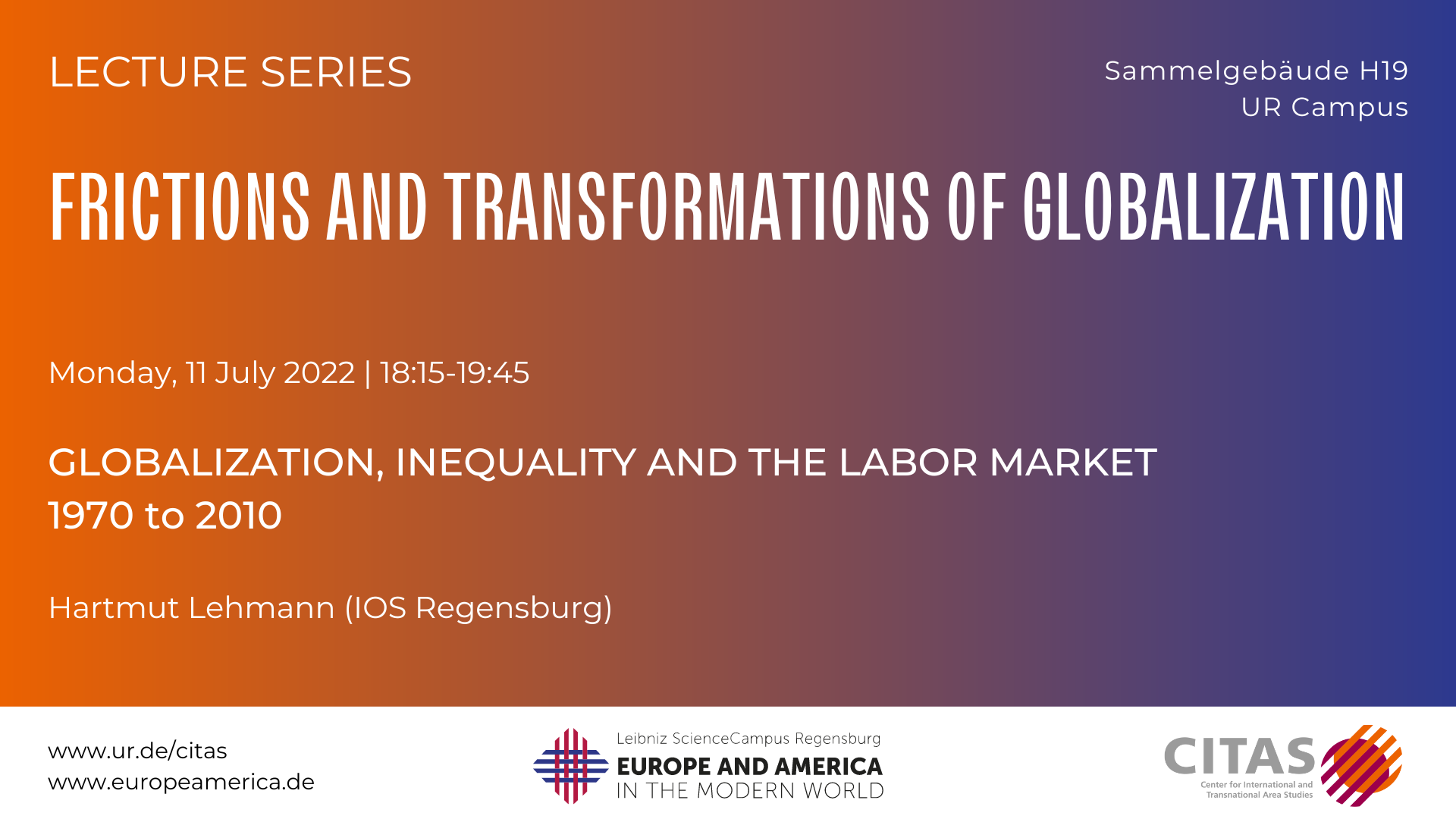