28-29 January 2021. The ScienceCampus Research Module Practices of Belonging (Verheimatlichung) in co-operation with our partner institution, the Department of Slavic Languages and Literatures, University of Michigan, Ann Arbor, is organizing a workshop discussing aspects the intersections of media and migration in the European-American context. The event is open to external participants. There will be a concluding keynote lecture on 29 January at 16:30 by Claudia Sadowski-Smith (Arizona State University, Tempe).

How do media shape the ways in which migrants can represent the experiences of their migration? What are the communicative possibilities of a given medium? What are its pressures, what are its limits when it comes to representing departures, journeys, arrivals and searches for belonging in the country of destination? Do these experiences exist prior to and independent of their medialization, or are they always the result of the meaning-making activities enabled, structured and shaped by the communicative pragmatics of the media in which they take place? If the latter is the case, can we establish a connection between the medial possibilities and limitations of the genre used for the representation of migration experiences, and how the migrants represent them? Is liminality not only inherent to the experience of many a migrant itself but also inherent to the media they use to articulate it?

This workshop is conceived as a space of intensive exchange and joint discussion, based on the close reading of textual and visual (self-)representations of migration experiences ranging from departure, border crossings, transit to arrival and new searches for belonging. The workshop will address three different media of self-representation: letters and life-writing, fictional writing, and visual testimonies. We will embrace a longue durée approach, discussing the mediality of migrant liminality from the 19th century until today. One of our main concerns is the question of continuity and change in the patterns of representation of migrant experiences as conditioned by the media used.

All times are CET!

14.30-16.15 | Panel 1: Writers and their Itinerant Experiences
Mikhail Krutikov (University of Michigan, Ann Arbor): “From Khurbn to Utopia: Holocaust Survivors’ Journeys to Palestine and Birobidzhan in the Mirror of the American and Soviet Yiddish Press”

14.30-16.15 | Panel 3: Migrant Agency and its Visuality
Vida Bakondy (Austrian Academy of Sciences, Vienna): “‘Rio Grande’ House of Horror: Photography as social criticism on the living conditions of immigrants in Austria 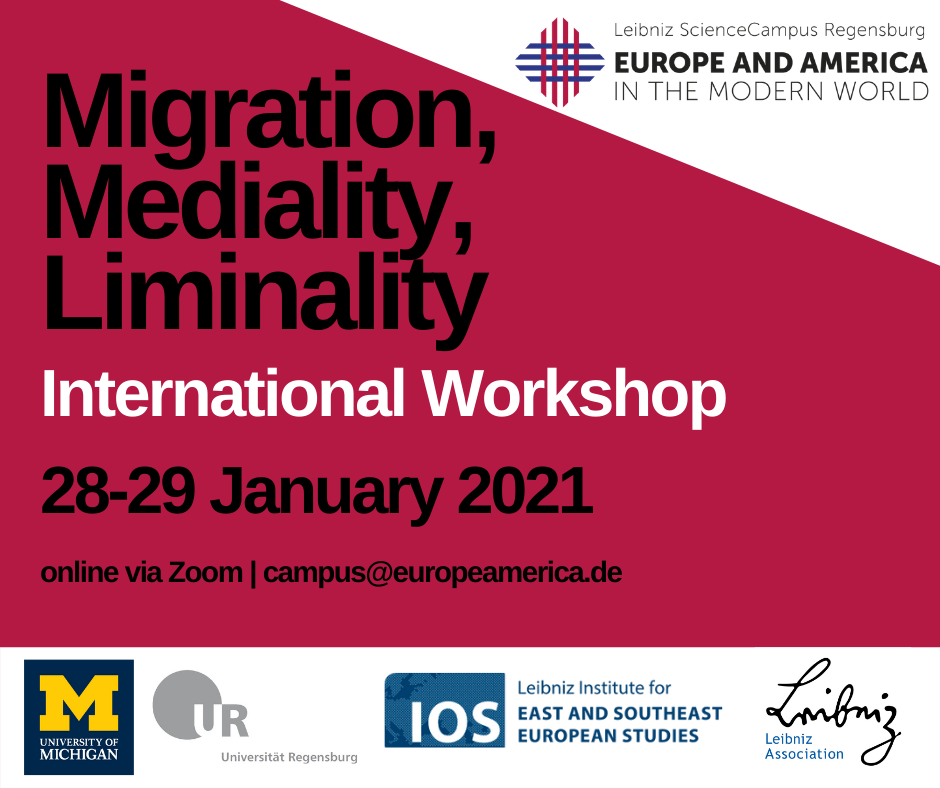